Cornhole is one of the best bean bag toss games. Not only does it make everyone playing have a bit of a competitive side but who knew that tossing fabric bags filled with corn would be such an addictive and fun game? (and parents – it’s your time to challenge your kids to a game that you just might win!)

If you’re looking for a fun game that everyone in the family can play, you’re not going to want to miss out on a family-friendly game of corn hole.

(This post contains affiliate links for your convenience. As an Amazon Associate I earn from qualifying purchases. If you make a purchase through my link I receive a small commission at no added cost to you. See my policy page for more information)

Cornhole – One of the best bean bag toss games

What is bean bag toss/cornhole?

Before diving into the rules of cornhole, it’s important to understand exactly what it is. If you’re wanting to play a bean bag toss game, the first thing to know is that you can literally start playing this game, right now.

While there are a few skills that you’re going to learn along the way, as long as you can toss a bag and aim it towards a hole, you’re not going to have any problems at all.

Cornhole, also known as bean bag toss, is basically a game where two wooden boards with a hole are positioned out 25-30 feet apart. There are two people standing at each board and they take turns tossing the bean bags back and forth.

It’s super popular for campers, tailgating parties, backyard fun, and is just an overall great outdoor game that is certain to provide hours of fun.

Boards are placed 27 feet apart, although you can alter that to whatever distance you want. The biggest thing to decide BEFORE starting a game of corn hole is to figure out how to have the game end.

There are a couple of different options that you can choose from when you want to keep score.

The rules above break it down on how you figure the points and it also states that the first team to get 21 points wins…BUT…is your rule for this bean bag game going to be that the team has to land on EXACTLY 21 points to win or are they allowed to go over?

If the team is allowed to go over 21 points on their turn to win, then it’s really moot and that’s a simple way to play the game.

But if your rule is that they have to land exactly on 21 to win, this definitely adds a bit of difficulty to the game. Most people will play that if the team is in the final round of getting points to reach 21 and they go over, then they just cancel out that round and try again the next time that it’s their turn.

The cool part is that you can decide how you want to keep score. It’s totally up to you!

How to make cornhole boards

Get your cornhole plans here to make your own regulation boards. If you’re handy, you can save some money and make your own boards for your bean bag toss games.

Here are some of the best bean bag games to consider. While they might all look similar, they each have varying attributes that make them different.

Who says that Mother Nature should limit you? This All-Weather Cornhole game gives you waterproof boards and waterproof bags to play. This means that there is nothing that should stop you from a game of cornhole! And, it also means that when the kids forget to put the game away the bags won’t be ruined by being left outside!

This portable cornhole game is PERFECT for popping up and having a quick game. It’s also just as simple to take it down and pack it along on your next outdoor adventure.

Sometimes you’re having so much fun that darkness just so happens to creep up on you. But don’t worry, this is why this Glow-In-The-Dark Bean Bag Toss Game was made. Even as the sun sets, you can still toss the night away!

In this Corn Toss Game, you’ll find the standard wooden boards and waterproof bags that are certain to last you for many games and hours upon hours of fun.

When to pull out your bean bag toss?

I can promise you that if you set up a cornhole game, everyone will want to join in on the fun no matter where you are.

There’s no need to follow the rules. My littles love playing with these sets and making their own rules. Pull out the boards, give them the baggies and let them play!

No matter what, this bean bag toss game is perfect for family fun. All ages are welcome to play and join in on each and every game! 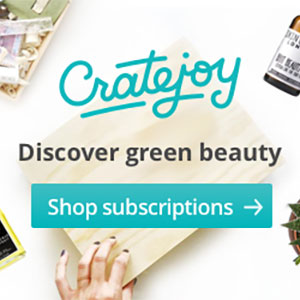